This will give the IRS the power to put you in Prison. Its very easy to avoid!

Avoid these steps below:

a Form 1040 Income Tax Confession Trap, UNDER PENALTIES OF PERJURY.

what you think you owe on it.

for the IRS to pick on your 1040 Income Tax Confession Trap form, disagree with your confession, and charge you criminally. 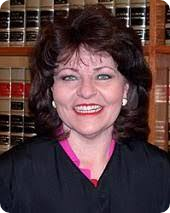 These steps were used by U.S. Tax Court Judge Kroupa and yet when the IRS came after her, Judge Kroupa did not even try to put up a defense and go to trial, but instead pled guilty to reduce her sentence to "only" 34 months.

If like Judge Kroupa, you file 1040 income tax 'confession'
trap forms, your chances of going to
prison are over 10 times higher than if you do not file!

Due to the incarceration rate trending downward quickly before the IRS stopped publishing that data and removed it from their website, and also because the IRS surely used their best cases for their "Example List", the odds we have calculated of a non-filer being sentenced to prison in any given year are probably even lower than stated.

Questions to Ask your Tax PreparerStep 3